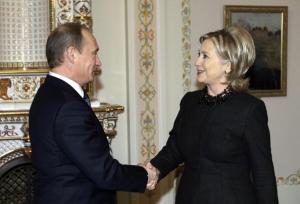 In the midst of the Ukrainian crisis, Hillary Clinton made a surprising — if not historically accurate — statement comparing Russian President Vladimir Putin’s actions in Crimea to those of Adolf Hilter’s in the early 193’s.

Digital First Media’s member paper, the Long Beach Press-Telegram, broke the news, and they asked me to provide analysis on why she would say such a dramatic statement.

With just hours of notice before deadline, I spoke with famous Russian dissidents, international politics experts and political scientists to write this analysis, which appeared in dozens of our member papers across the nation.