As part of my job covering national politics for all of Digital First Media’s 75 newspapers, every week I report and write a longer-form story of national interest that appears on every paper’s website.

I’ve put a lot of time and effort into my work and am proud of the final products. Some of them, like the story on guns for Newtown anniversary, were in the entire company’s top-10 most-read stories the day they came out.

Here’s some of my best so far: 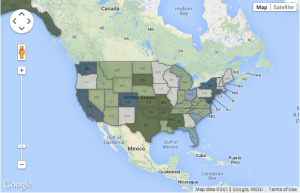 An interactive map of states’ gun laws since Newtown. Made by my colleague, Chris Dean Hopkins

Sandy Hook was supposed to be a game-changer in the national gun control debate.

After 20 children and six educators were gunned down at the elementary school in Newtown, Conn., last year, Americans’ support for federal gun control laws surged in polls, President Barack Obama threw his weight behind the issue with a task force and U.S. Senate leaders from both parties took up major legislation.

But a bill to expand background checks failed in the Senate, Obama’s priorities turned to other topics and polls soon leveled out. Many states even went in the opposite direction and passed laws expanding gun rights.

In short, one of the nation’s most horrific mass shootings hasn’t produced meaningful change on the national level one year later.  Read more

4 unemployed Americans Congress is leaving behind 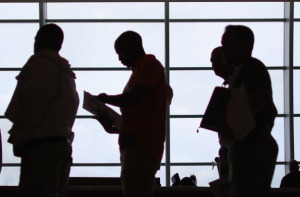 People looking for work stand in line at a job fair at the Miami. Millions will lose their federal unemployment benefits this month. ( Joe Raedle/Getty Images)

On Dec. 28, about 1.3 million people who have been unemployed for six months or longer will lose the federal benefits they rely on to get by.

Congress is heading home for the holidays after letting a program expire that pays benefits to unemployed Americans when their state benefits run out, usually after six months.

They are the long-term unemployed, and among the millions of Americans searching for jobs that simply don’t exist.

“Right now there are 2.9 people looking for work for every job opening,” said Dan Crawford, a spokesman for the Economic Policy Institute, a center-left think tank. In fact, Crawford said three times as many Americans are categorized as long-term unemployed than when George Bush signed the program into law in 2008.

These are four of their stories: Read more 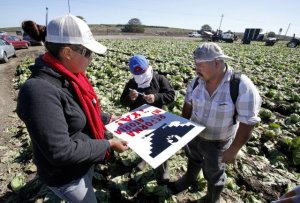 Lawmakers’ damaged reputations after the 16-day government shutdown may be exactly what a stalled plan to reform America’s immigration system needs.

At least, immigration advocates from both sides of the debate hope that’s the case.

Before the shutdown, they and two border-state members of Congress from both parties were optimistic Congress would pass immigration reform, though everyone differed on what that reform would look like.

After the shutdown, those questions still remain, and it’s compounded by critical time lost to act before Congress breaks for the holidays and then starts the debt-ceiling and budget battle all over again. Read more

What Washington gets wrong about the deficit 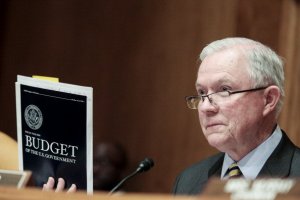 U.S. Sen. Jeff Sessions (R-AL) holds up a copy of a proposed budget in Congress. Experts say focusing on the deficit is the wrong approach. (T.J. Kirkpatrick/Getty Images)

Politicians talk about the deficit a lot, but experts on the federal budget say they often miss the point.

Republicans typically argue that new government programs will increase the deficit, while Democrats, playing defense, counter that their proposals on immigration and health care will actually reduce it.

But while the deficit has become a kind of code word for fights over the size of government, budget experts say the real problem is basic math that neither side is willing to discuss.

“It’s kind of like the weather: You know everybody talks about it and nobody does anything about it,” said Robert Bixby, the executive director of the Concord Coalition, a bipartisan nonprofit that focuses on the budget. Read more